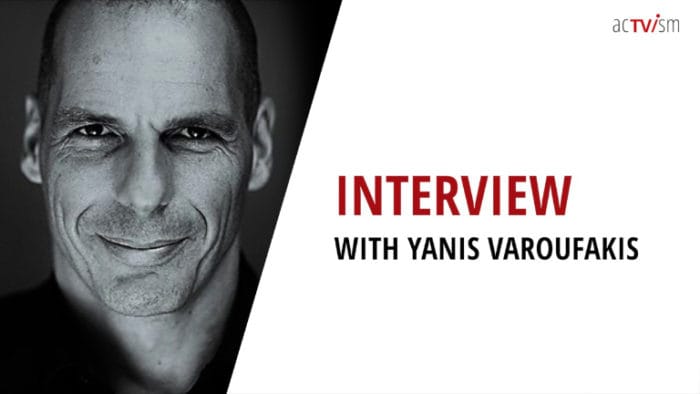 In this video Yanis Varoufakis addresses diverse questions that acTVism Munich received from the public. Topics include the meaning of fiscal waterboarding, impacts of activism & social movements on policy, U.S. militarization, Bernie Sanders and the effects of lifting people out of poverty on the environment.

We would also like to take this opportunity to announce the start of our crowdfunding campaign which we launched at the end of our last major event aiming to reach 1000 donors who can support our vision with as little as €5 or $5 a month through our Patreon page or Crowdfunding platform at betterplace.org. Click here to find out how you can support our vision and help secure our operations for 2018 & 2019.