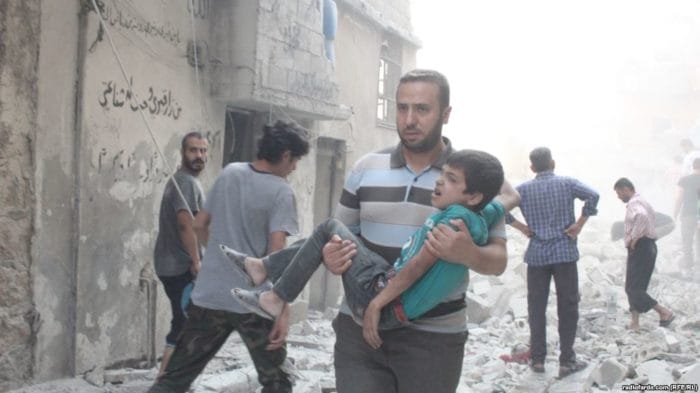 (Aufgrund limitierter finanzieller Mittel stehen manche Videos ggf. derzeit nur auf Englisch zur Verfügung. Spenden Sie auf unser Crowdfunding-Projekt, um uns mit der Übersetzung zu unterstützen.)
In this week’s Editorial Pick, Aaron Mate from The Real News Network interviews Anand Gopal, an Afghanistan correspondent for The Wall Street Journal, about the actual civilian death toll in Iraq from the U.S. led bombing campaign as opposed to the figures provided by the U.S. government. In addition, Gopal explains how the U.S. government generally treats victims of war by highlighting the case of Basim Razzo, an Iraqi resident who lost his family when the U.S. government targeted his home. The U.S wrongfully stated after the bombing that it was an an IED facility of ISIS.

Anand Gopal has served as an Afghanistan correspondent for The Wall Street Journal and The Christian Science Monitor, and has reported on the Middle East and South Asia for Harper’s, The Nation, The New Republic,Foreign Policy, and other publications.