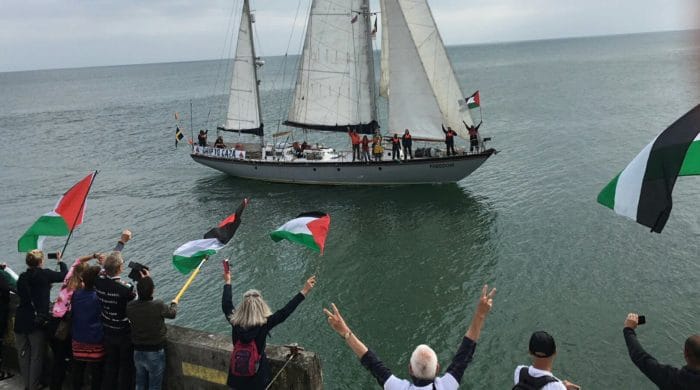 Why the Freedom Flotilla Must Sail to Gaza: A Conversation with Portuguese MP Bruno Dias

Portuguese MP Bruno Dias, President of the Portugal-Palestine InterParliamentary Friendship Group, explains to Dimitri Lascaris of The Real News Network why he supports the Freedom Flotilla’s expedition to the blockades and devastated Gaza Strip. Mr. Dias also discusses the importance to imposing sanctions on Israel to ensure its respect for international law.

VIDEO: Why the Freedom Flotilla Must Sail to Gaza

FEATURED IMAGE CREDIT: Right to a Just Future for Palestine