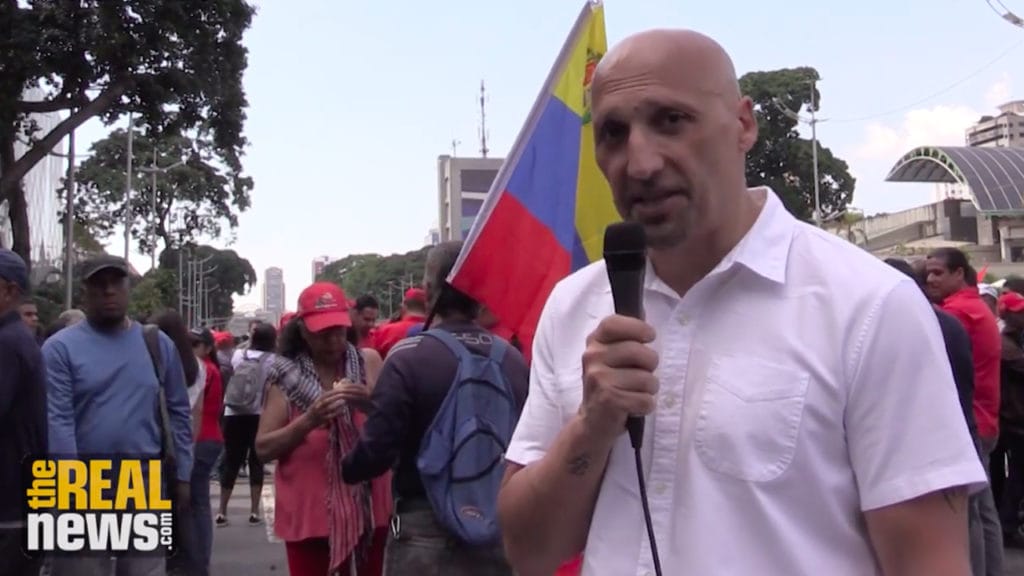 EDITORIAL PICK: Reporting from the streets of Venezuela on Pro- & Anti-Government Marches

EDITORIAL PICK: Reporting from the streets of Venezuela on Pro- & Anti-Government Marches

In this acTVism Editorial Pick, we share a video from the correspondent of The Real News Network, Dimitri Lascaris, who reports from the ground in Caracas about Saturday’s pro- and anti-government marches, highlighting their peacefulness and equal size.

VIDEO: Reporting from the streets of Venezuela on Pro- & Anti-Government Marches