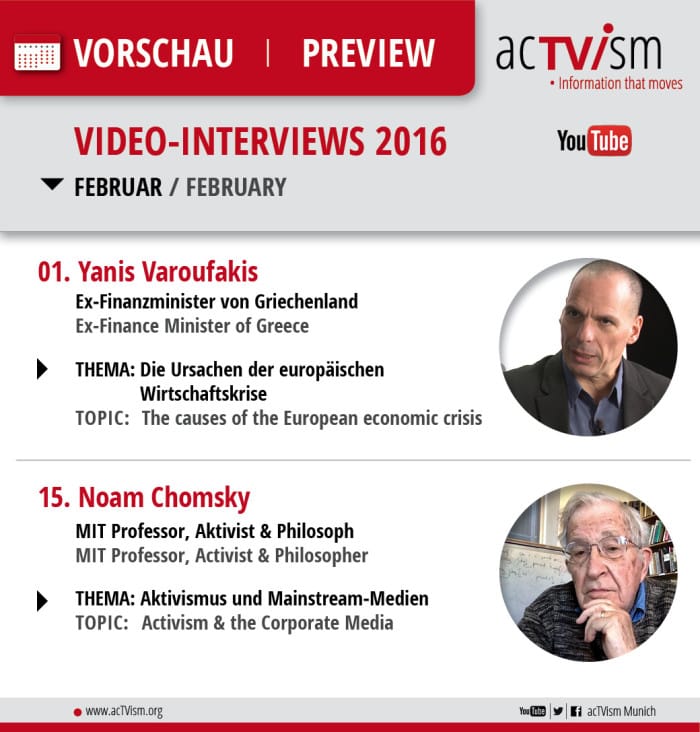 On the 9th of February 2016, acTVism Munich will be traveling to Berlin to document the launch of Yanis Varoufakis‘ movement known as Democracy in Europe Movement 25 (DiEM25) and to interview him again. We expect to release a video on DiEM25 on the 11th or 12th of February. Other projects in February include providing a voice to grassroots activism that will take place in Munich around the 52th Security Conference scheduled for the 12th-14th February. On 15th of February we will release an interview with Prof. Noam Chomsky, who will talk about the mainstream corporate media and how & why they undermine grassroots movements & activism.