Exposing Canadian Foreign Policy, Neoliberalism & the collapse of Healthcare in the U.S

In this interview we examine the Canadian & U.S. healthcare system with lawyer, journalist and Green Party member of Canada Dimitri Lascaris. Furthermore we discuss the politics of the Green Party in Canada and what developments are taking place in it. Lastly we analyse Canadian & U.S foreign policy with a focus on Venezuela and Iran.

To read the transcript of this interview: Exposing Canadian Foreign Policy, Neoliberalism & the Collapse of Healthcare in the U.S.

VIDEO: Exposing Canadian Foreign Policy, Neoliberalism & the collapse of Healthcare in the U.S 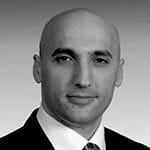 Dimitri Lascaris is a lawyer, journalist and activist.

After graduating from the University of Toronto Faculty of Law in 1991, Dimitri began his legal career at the Wall Street law firm of Sullivan & Cromwell, first working from the firm’s New York offices and then joining the firm’s offices in Paris, France.

While working at Sullivan & Cromwell, Dimitri represented large financial institutions, including Goldman Sachs, in connection with major securities offerings. One such offering was the sale to the public of Allstate Insurance Company which was, at the time, the largest initial public offering of stock in United States history.

In July 2016, Dimitri retired from Siskinds in order to devote himself to journalism, activism and pro bono legal work. He has been a correspondent of The Real News Network and is currently a member of its Board of Directors, along with well-known members of the progressive community, including actor Danny Glover and film-maker Robert Lang.

Dimitri has served on the Boards of numerous other public-interest, not-for-profit corporations, including The Unity Project for the Relief of Homelessness, Pro Bono Ontario, and Toronto350.  In 2014, Dimitri presented Toronto350’s fossil fuels divestment petition to the President of the University of Toronto.

In March 2020, Dimitri announced his candidacy for the leadership of the Green Party of Canada. The leadership contest is currently scheduled to conclude in October 2020.