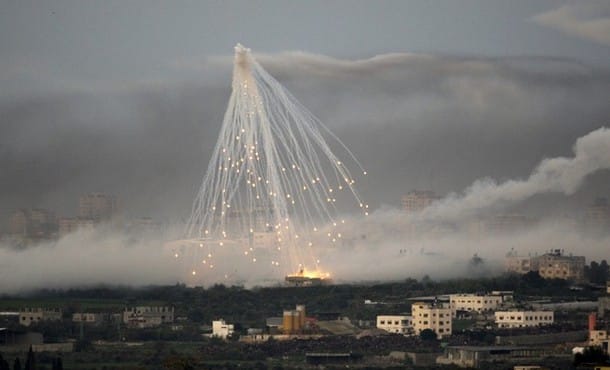 acTVism Munich translated two pieces and put them together into one article. For the english full length articles visit the original source: Democracy Now! or The Intercept.

“A new report by the Netherlands-based peace organization PAX accuses 150 financial institutions—including U.S. banking giants JPMorgan Chase and Bank of America—of investing billions of dollars in companies manufacturing internationally banned cluster bombs. The weapons contain bomblets which fan out over a wide area and often fail to explode until civilians pick them up later.“ [1]

Excerpt from The Intercept:

“The House on Thursday narrowly defeated a measure that would have banned the transfer of cluster bombs to Saudi Arabia, but the closeness of the vote was an indication of growing congressional opposition to the conduct of the U.S.-backed, Saudi-led bombing coalition in Yemen.

The vote was mostly along party lines, with 200 Republicans – and only 16 Democrats – heeding the Obama administration’s urging to vote against the measure. The vote was 204-216.

“The Department of Defense strongly opposes this amendment,” said Rep. Rodney Frelinghuysen, R-N.J., chairman of the House Committee on Defense Appropriations, during floor debate. “They advise us that it would stigmatize cluster munitions, which are legitimate weapons with clear military utility.“ [2]

Donate so that we can continue to translate articles from The Intercept or Democracy Now! for a global audience!