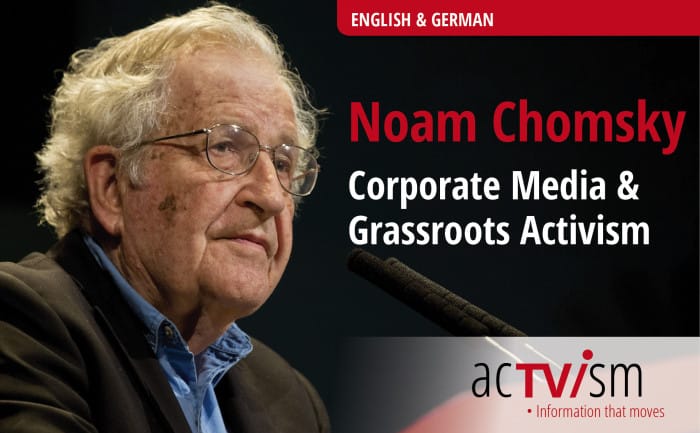 In this mini-video, which was recorded in an event hosted by acTVism Munich called “Germany’s role in the European Union and International Affairs: Post War History, Present and Possible futures“, Prof. Noam Chomsky talks about the corporate media, their institutional role and which interests they serve in society. Prof. Chomsky also touches on how activists should react when they face harsh condemnation from the establishment media.

Noam Chomsky: “The Mainstream Media are an ideological instrument. They have owners. They have commitments. They have advertising support and so on. They are very valuable. I mean I read them all the time – I am glad they are there. But we shouldn’t have any illusions, they are not coming from Mars. They are based on existing institutions of power and domination within our society and that affects the way what they chose to discuss at all, some things they don’t discuss and the ways in which they do it. It would be almost a miracle if that weren’t true.”