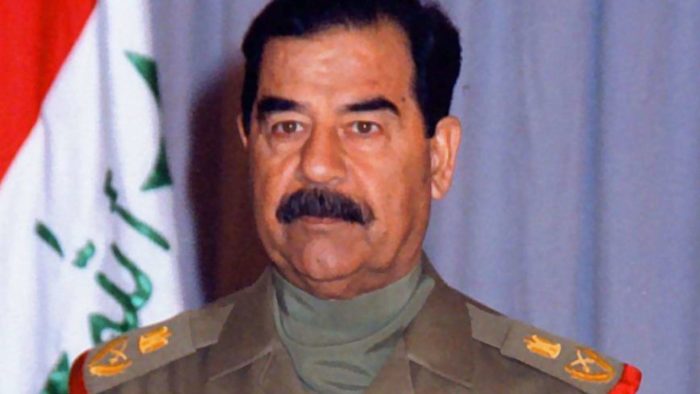 In this video produced by Democracy Now! on the 28th of December 2016, and translated by acTVism Munich volunteers into German, John Nixon, the CIA analyst who interrogated Saddam Hussein after his capture circa 14 years ago, reveals that much of what the CIA believed to know about Saddam Hussein at the time of the invasion was wrong. For example, Nixon’s interrogation of Hussein revealed that by 2003 Hussein had largely turned over power to his aides, so he could concentrate on writing a novel and that there was no program of weapons of mass destruction. These warnings, Nixon claims, were ignored by the highest authorities in Washington.

VIDEO: CIA Interrogator of Saddam Hussein reveals the lies of the Iraq War

Democracy Now! is a national, daily, independent, award-winning news program hosted by journalists Amy Goodman and Juan Gonzalez, pioneering the largest public media collaboration in the U.S. Democracy Now!’s War and Peace Report provides access to people and perspectives rarely heard in the U.S. corporate-sponsored media, including independent and international journalists, ordinary people from around the world who are directly affected by U.S. foreign policy, grassroots leaders and peace activists, artists, academics and independent analysts. In addition, Democracy Now! hosts real debates – debates between people who substantially disagree, such as between the White House or the Pentagon spokespeople on the one hand, and grassroots activists on the other.