As the Easter holidays arrive, not everyone goes on an Easter egg hunt!

On the March 19, 2016, the non-profit organization, Community Activism to Save Nature (CATS Nature), organized yet another public awareness event for veganism in the heart of Munich at Karlsplatz/Stachus, where an estimated 130,000 to 160,000 people walk by each day. The purpose of this event as one of the organizers, Florian Kirner, puts it, “is the attempt to reach people from all walks of life on the significance and practice of veganism”. Nadine Herbrich, co-founder of CATS Nature, in addition stated, “the purpose of this event is to provide a platform to all forms vegan activism and bring them under one roof”. 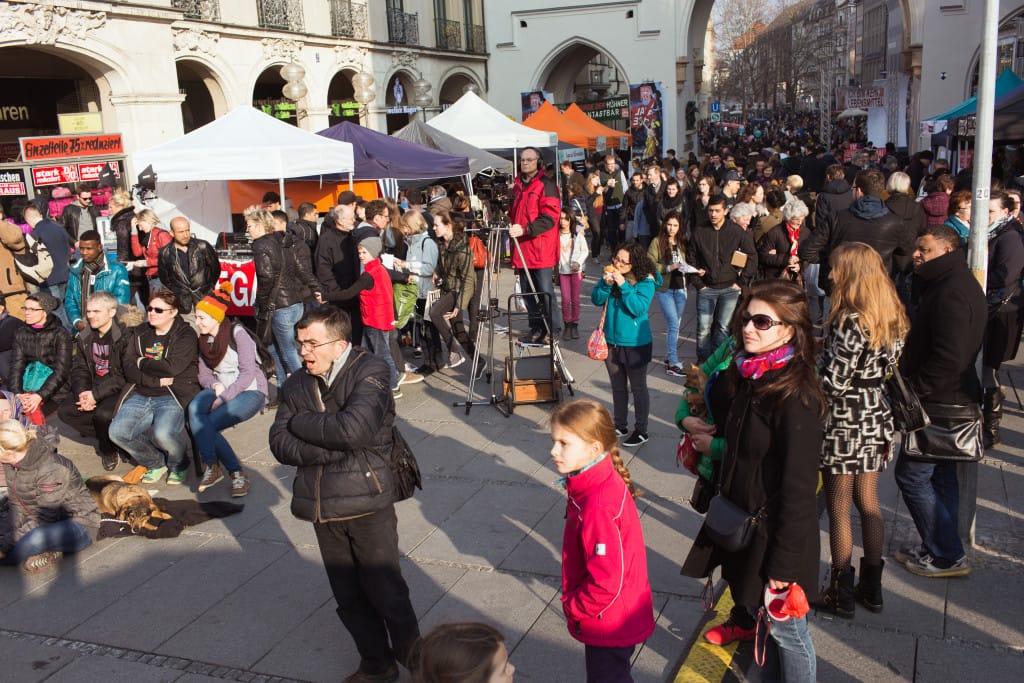 The organizations had their own respective info-stands that brought to surface a number of issues vital to veganism such as animal cruelty, animal experimentation, animal rights, animal hunting, the use of animal fur, etc. A TV screen was placed near the Animal Peace stand which showed footages attained by whistleblowers that exposed the cruel treatment of animals in industrialized meat and dairy production. Literature, guides and flyers were placed on these stands as well.

Throughout the day, Vegan food was served for free at various stands that included items such as cookies, muffins, cake, ice-cream, döner kebab and even a grill menu. Participants and even by-passers were attracted to the delicious vegan menu forming long queues to attain a taste of something or the other.

All organizations and supporters assisted this event on a voluntary basis. The organizers claimed that the mainstream media did not respond to their requests to cover or report this event.