OP-ED: ‘Worse Than Copenhagen’: Why The Paris Climate Accord Is Scarcely Worth The Paper That It’s Written On

There was, however, one little problem: climate scientists weren’t buying the hype. On the penultimate day of the 21st session of the Conference of the Parties (COP21), five of the world’s leading climate scientists delivered to a standing room-only press conference their blunt assessment of the deal that was about to emerge from COP21. Professor Kevin Anderson, the chair of Energy and Climate Change at the universities of Manchester and East Anglia, and the Deputy Director of the Tyndall Center of Climate Change Research, was particularly withering in his criticism of the deal.

I would view the current text as weaker than that that came out of Copenhagen. It is not consistent with science, which the Copenhagen agreement had directly written into it. In addition, the Copenhagen agreement also included aviation and shipping, two sectors that collectively combined are similar to the emissions from the U.K. and Germany. These are now exempt from the current text, and they are growing very rapidly indeed. I do not think that peaking emissions ‘as soon as possible’ is scientifically robust, sufficiently robust, and there is no reference to the levels of those peaks. There is no reference to fossil fuels in the document, despite the fact that at 1.5 to 2C, we really need to be keeping around about 90% of all current reserves in the ground. The language of neutrality masks the ruse that we have developed, or the assumptions that we have, that we are about to suck very large quantities of carbon dioxide out of the atmosphere in the future, and that means that we do not have to have such significant reductions in the near term…

To the poor, climatically vulnerable non-white, typically non-white, living in the southern hemisphere, the current text is somewhere between dangerous and deadly. There is a slight risk that the document, as it is, is appeasement to our desire to continue to use fossil fuels, to a business-as-usual agenda rather than something that is perhaps more of a progressive agenda for humanity.”

From my lawyer’s perspective, the Paris accord is precisely what Professor Anderson described it to be: “aspiration and rhetoric.” In particular, much has been made of the fact that the agreement refers to the 1.5C limit, which the scientific community considers essential to the survival of low-lying island nations and coastal regions that could well succumb to rising sea levels at higher temperatures.

Yet what precisely does the Paris accord say about the temperature limit? The temperature limit appears in Article 2 of the accord, but that article simply identifies the purposes of the agreement. The purposes of any accord inform the interpretation of the accord’s other parts, but an interpretive principle is not the same as a hard legal obligation. In particular, nowhere in the Paris accord are states mandated to take all steps necessary to ensure that the temperature limit is not breached. Moreover, the upper boundary established by Article 2 is not 1.5C, but “well below 2C” — what does “well below” mean? States are merely called upon to “pursue efforts” to limit the increase to 1.5C, but do decades of governmental inaction give us any cause to believe that such efforts will be vigorously pursued, even though the Paris accord imposes no penalty whatsoever for failure to pursue them?

The balance of the Paris accord is rife with restrained exhortations to do something, anything, about the existential climate change threat. Article 4 states that “all Parties should strive to formulate and communicate long-term low greenhouse gas emission development strategies…” Article 5 states that “Parties should take action to conserve and enhance, as appropriate, sinks and reservoirs of greenhouse gases…” Similarly, Article 11 declares that “capacity-building under this Agreement should enhance the capacity and ability of developing country Parties… to take effective climate change action…, and should facilitate technology development, dissemination and deployment, access to climate finance, relevant aspects of education, training and public awareness, and the transparent, timely and accurate communication of information.”

Does anyone seriously believe that politely asking the governments of wealthy nations to protect the most vulnerable peoples from climate catastrophe will ensure their salvation? This is like respectfully requesting that the fossil fuels industry transfer its historical profits to developing nations as reparations – a not unreasonable request, considering the millions of poor who have been devastated over decades by the industry’s depredations.

Yet the worst deficiencies of the Paris accord consist not in what it says, but in what it does not say.

„It’s a fraud really, a fake. It’s just bullshit for them to say: ‘We’ll have a 2C warming target and then try to do a little better every five years.’ It’s just worthless words. There is no action, just promises. As long as fossil fuels appear to be the cheapest fuels out there, they will be continued to be burned.“

Ultimately, the most disturbing aspect of the Paris accord may be its remarkable similarity to COP decisions rendered years ago, decisions that have failed to prevent our arrival at the precipice of disaster. In 1995, for example, the COP issued its first Decision, the “Berlin Mandate,” and it too was replete with lofty, amorphous expressions of ambition, such as:

The Parties should protect the climate system for the benefit of present and future generations of humankind, on the basis of equity and in accordance with their common but differentiated responsibilities and respective capabilities. Accordingly, the developed country Parties should take the lead in combating climate change and the adverse effects thereof.

Since then, developed countries did indeed “take the lead” – by obstructing real action to address the climate crisis. There is little if any reason to believe that, this time, the high-sounding rhetoric of the Paris accord will result in a materially different outcome. 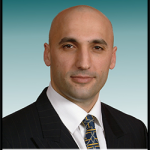 6 replies on “OP-ED: ‘Worse Than Copenhagen’: Why The Paris Climate Accord Is Scarcely Worth The Paper That It’s Written On”