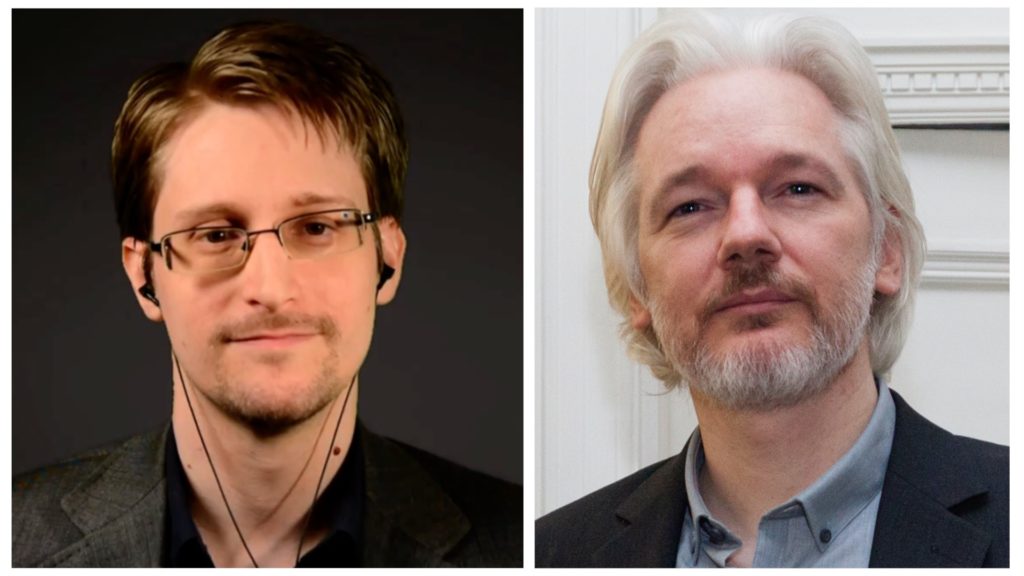 EDITORIAL PICK: The Semi-Inside Story of Why Trump Refused to Pardon Snowden and Assange

EDITORIAL PICK: The Semi-Inside Story of Why Trump Refused to Pardon Snowden and Assange

From Glenn Greenwald: “For months, Trump indicated — publicly but especially privately — that he was strongly considering pardoning NSA whistleblower Edward Snowden, and considering a pardon for WikiLeaks founder Julian Assange. Yet Trump vacated the White House on January 20, 2021 without doing either, leaving two of the prime enemies of the Deep State in exile and in prison, respectively. Why did Trump refuse to pardon two of the people who most bravely exposed the crimes and deceit of these security state agencies that targeted him? I share some insights from the work I did in trying to secure a pardon for each.”

This video was produced and published by Glenn Greenwald originally on Rumble. It was published on Youtube on January 5th 2022, and is being republished by acTVism Munich now to enhance to encourage the formation of opinion in Germany and worldwide.

To read the transcript of this video: The Semi-Inside Story of Why Trump Refused to Pardon Snowden and Assange

VIDEO: EDITORIAL PICK: The Semi-Inside Story of Why Trump Refused to Pardon Snowden and Assange

Glenn Greenwald is a former constitutional lawyer, a Pulitzer-Prize winning journalist, and the author of several bestsellers, including No Place to Hide: Edward Snowden, the NSA, and the U.S. Surveillance State (2014) and Securing Democracy: My Fight for Press Freedom and Justice in Bolsonaro’s Brazil (2021).  Acclaimed as one of the 25 most influential political commentators by The Atlantic, one of America’s top 10 opinion writers by Newsweek, and one of the Top 100 Global Thinkers for 2013 by Foreign Policy, Greenwald is a former constitutional and civil rights litigator. He was a columnist for The Guardian until October 2013 and a co-founder and former editor at The Intercept, which he left in 2020.

He is now an independent journalist writing at Substack. He has won numerous awards for his reporting, including the 2013 Polk Award for national security reporting, the top 2013 investigative journalism award from the Online News Association, the Esso Award for Excellence in Reporting (the Brazilian equivalent of the Pulitzer Prize), the 2013 Pioneer Award from Electronic Frontier Foundation and the Vladimir Herzog Special Prize in 2019 for his work in the Vaza Jato series. He also received the first annual I. F. Stone Award for Independent Journalism in 2009 and a 2010 Online Journalism Award. In 2013, Greenwald led the Guardian reporting that was awarded the Pulitzer Prize for public service, and his work was featured in the 2014 film Citizenfour, which won the Academy Award for Best Documentary.