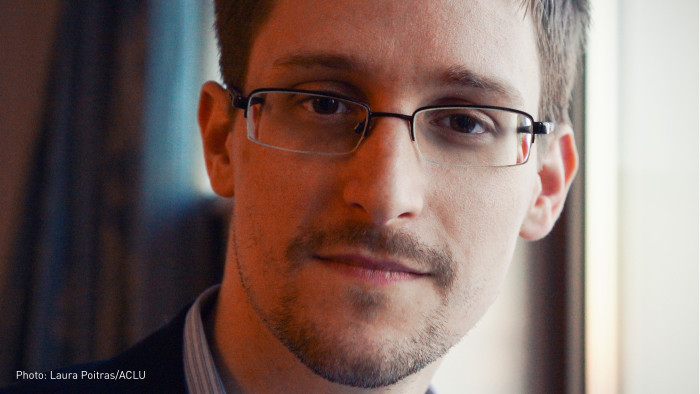 This is the fifth part of an event organized by the University of Arizona College of Social and Behavioral Sciences called “A Conversation on Privacy” which hosted Edward Snowden, Glenn Greenwald and Noam Chomsky.  acTVism is translating it, part by part, into the German language. Although we have the personnel to translate the content into Spanish, French and Greek as well, we lack the financial resources that would free up the necessary time required to undertake this critical initiative. Please donate today by clicking here so that we can translate this event and similar initiatives in order to create awareness on a global scale.

In this part, the following questions are addressed:

For more videos with Glenn Greenwald visit our  Youtube-Playlist.

View our entire Video-Playlist with Noam Chomsky by clicking here.

Glenn Greenwald on comparisons to “1984”

“I remembered the warning of Orwell being that if you live in a society where you are always being watched, that‘s when you lose freedom.  And so you raise “1984” and people would say ‘No our society is different. We‘re not all being watched. We‘re not all having all our emails read and telephone calls listened to.’ But I actually went back and read “1984” when I started doing this work and the world that Orwell was warning of was not one in which we were all being watched, it was a world in which we could be watched at any moment.”

Edward Snowden on whether or not we deserve privacy:

“Yet, because of the growth of state secrets, the growth of classification in many different ways, we know less and less about the government than we ever have before. And we see this becoming a culture in government. We see various senior officials in government creating their own email servers to hide their communications from public records requests, which as Professor Chomsky said are sort of the antidote to this. Well, okay, they can have whatever communications they want, as long as we can file a Freedom of Information Act request. As long as they can get requisitioned or declassified down the line. But what happens when a culture of unaccountability begins to blossom and take root within our government? And we know nothing about what they are doing. And if they are engaged in unlawful or inappropriate activity we can never know because they have created a system to hide it from us at the same time that systems of global pervasive surveillance are being stood up. Not just in the United States but every other country in the world. And everything that we do is becoming transparent.”

VIDEO: Support and get to know us!