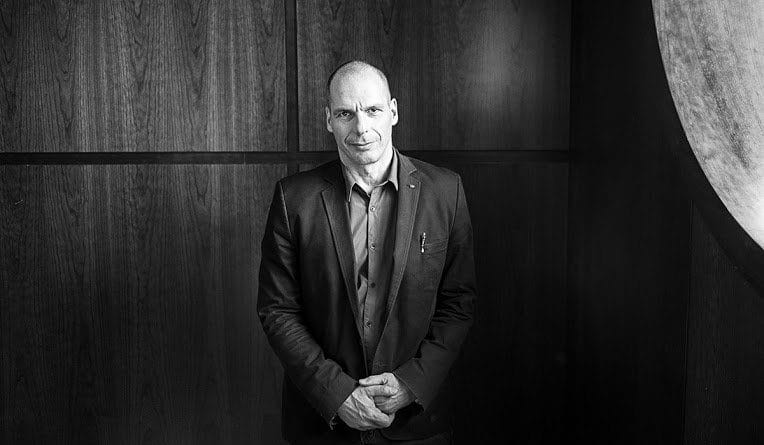 This is the second video part of an event which was presented by LIVE from the NYPL at the NYPL in which the renowned linguist and political philosopher, Noam Chomsky, and the former Greek finance minister and founder of the Democracy in Europe Movement, Yanis Varoufakis, discuss the rise of economics in academia and education as well as its shortcomings.

To read the full transcript text of this video click here.

“So you have a very interesting inverse Darwinian process. The more successful economists were at creating models that said precisely nothing about capitalism, the greater their success in the academy, so they became the opposite of the public intellectuals that you’ve been writing about. They create wonderful abstractions, aesthetically pleasing models that I spent quite a few years studying in the same way that you go to a museum and you look at a piece of abstract art but you don’t expect to find the truth of capitalism in its form. So this is the interesting sociology of knowledge within the economics profession.”

Yanis Varoufakis on the effects of the economic crisis 2008:

“None at all. Well, it did have. It had the effect that sometimes when we’re driving on a freeway, and I usually go well above the speed limit, condemn me if you will, and I get stopped by the police, for the next twenty minutes I drive below the speed limit, but it doesn’t last for more than twenty minutes. After a while, I just go back to where I was. This is exactly like the economics profession.”

Noam Chomsky on one of the more interesting events in the history of science and scholarship:

“Actually one of the more interesting moments in the history of science and scholarship was actually in 2008. For, as you know, for decades economists had been claiming with extreme arrogance that they completely understood how to control and manage an economy. There were fundamental principles, like the efficient market hypothesis, rational expectations, and anyone who didn’t accept this was dismissed as a kind of a, some strange kind of moron. The whole system collapsed, the whole intellectual edifice collapsed in a most amazing fashion and had no effect on the profession.”

Noam Chomsky on places where sound economics were applied:

“There have been places where sound economics was applied, liberal policies. It was called the third world and it’s not an accident. You take a look at the global south. One country developed, Japan, the one colony that was not colonized. Take a look at East Asia, the tigers of East Asia, with one exception, the one that was conquered by the United States, 1898, with a couple hundred thousand people killed and stays semicolonized, not part of the Asian Tiger explosion of industrialization. The pattern is just uniform but somehow hasn’t entered economic theory. I wonder why. You’re an economist.” 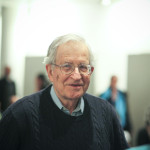 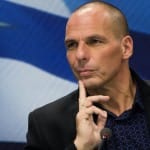 In  January 2015, Varoufakis was appointed as the Minister of Finance, and led negotiation with Greece’s creditors during the Greek government-debt crisis. However, he failed to reach an agreement with creditors, leading to the 2015 Greek bailout referendum. The day following the referendum, on 6 July 2015, Varoufakis resigned as Minister of Finance and was replaced by Euclid Tsakalotos.