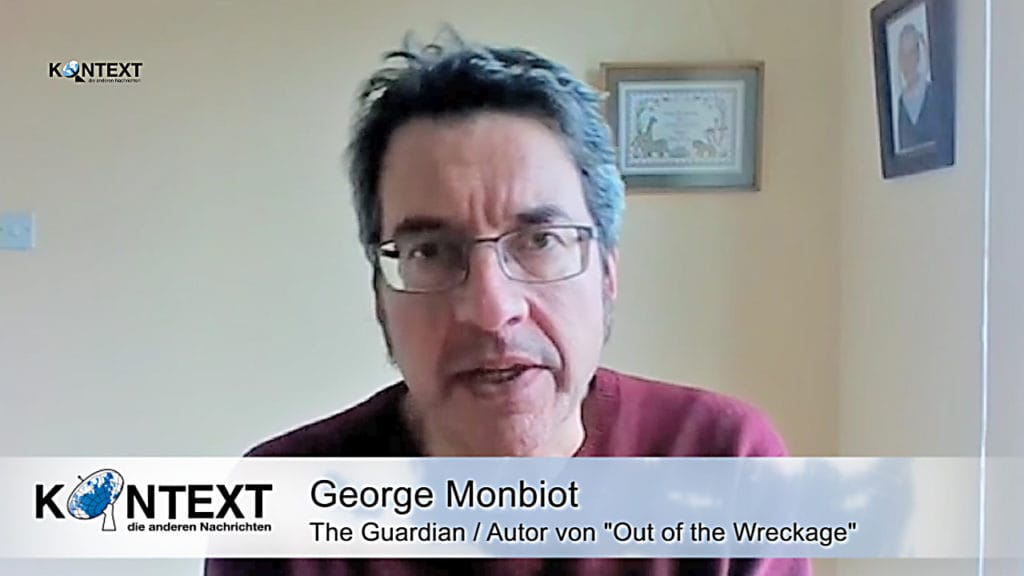 George Monbiot: Alienation, Environmental Breakdown and the Search for a New Progressive Narrative

George Monbiot: Alienation, Environmental Breakdown and the Search for a New Progressive Narrative

In this video founder of Kontext TV-, Fabian Scheidler, interviews, George Monbiot, columnist with the Guardian and author of Heat: How to Stop the Planet Burningand Out of the Wreckage. A New Politics for an Age of Crisis.

VIDEO: “We Are Pushed into Loneliness by an Alienating Economic System” / The Resurgence of Fascism: a Response to the Neoliberal Atomization of Society

Loneliness has become a genuine epidemic, not only among elderly people, but in all generations – an affliction responsible for grave mental and physical diseases. This epidemic is caused, according to George Monbiot, by a neoliberal economy and ideology which claims that people are greedy selfish creatures competing in a „war of all against all“. Social psychology, anthropology and evolutionary biology, however, tell us that the key values of human beings are a sense of community and altruism. The atomization of society is also creating the conditions for the resurgence of right-wing and fascist demagogues who promise community and coherence to people who feel disenfrachised, dispossessed and alienated.

Kontext TV is an independent TV news magazine based in Berlin. It was founded in December 2009 by David Goeßmann and Fabian Scheidler.

They have been publishing and airing our broadcasts, interviews and blogs online and on community TV and radio stations in Germany and Austria since 2009. Most of their one hundred broadcasts have been aired and transcribed both in German and English.