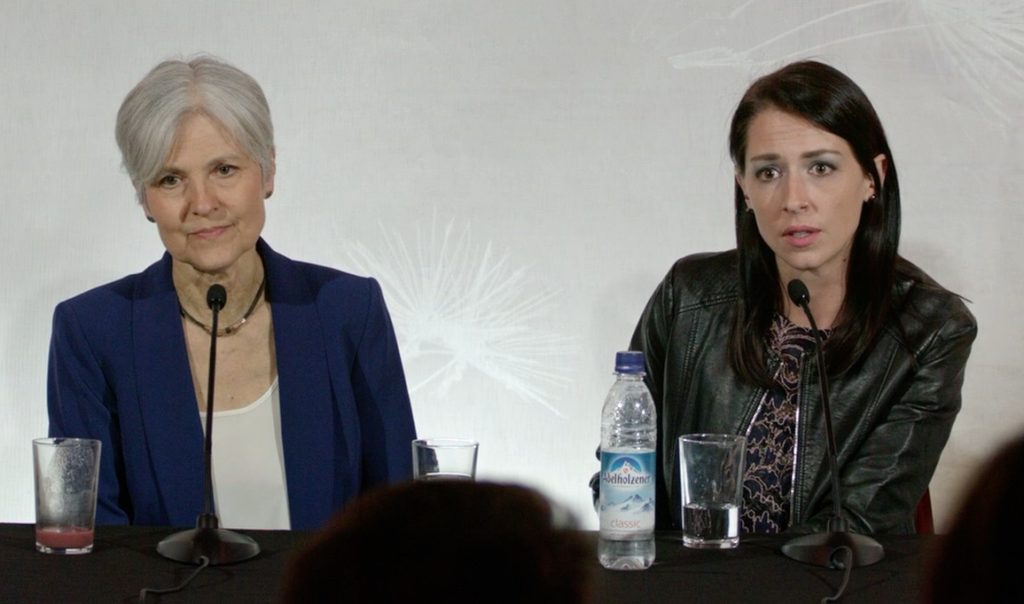 On the 6th of May 2018, we organized an event at the Muffatwerk in Munich with Glenn Greenwald, Abby Martin and Jill Stein under the title „Freedom & Democracy: Global Issues in Context 2.0″. Below you will find the video of the press conference that we held right after the event.  Due to limited capacities as a non-profit, volunteer-based and independent organization, we were unable to publish this video right away.

In this press conference we invited not only journalists from local and mainstream media outlets but also grassroots activists, artists, organizers and non-profit initiatives. Even though we sent invitations to local & mainstream media outlets to participate in this press conference, and some of them even confirmed, in the end they did not attend.

I have given much thought to how to solve the problems of greed inherent in people and society, and the best way I can think of to solve this and legislate morality and ethics in the world is to change the way we put value on money. Instead of the value of money being dictated by power governments and the banking cartels, if your countries currency was measured against a perfect holistic currency, every country would want to raise their standards of all three quality of life measures. Corporations and the elite would be forced to do better as their business in that country would be reflected in the value of that countries currency, thus governments would enforce social and environmental justices, and they would ensure Corporations/Elite pay fairly into the tax base, which reflects economic justice. An International Trade Currency which represents the highest quality of Economic, Social and Environmental justice, whereby all countries have to purchase to do trade, would be a catalyst for world change. Yes, by changing the value of Money to reflect ethical and moral responsibility, not just economics, you can legislate these values on a world scale. How to do this? You start talking about it, sharing the idea. Eventually those with respected opinions and media clout will also share the idea, flesh it out even more. If it proves to be a good solution to combat the many unnecessary ills our world suffers under the current capitalist system that drives International trade and enriches the few at the expense of the many, then the idea becomes a part of the global conversation of economic, social and environmental rights activists. How to do this? When the conversation reaches enough people who demand change, that is how mass movements begin. But it has to start somewhere, it has to start with having the conversation and sharing the idea.