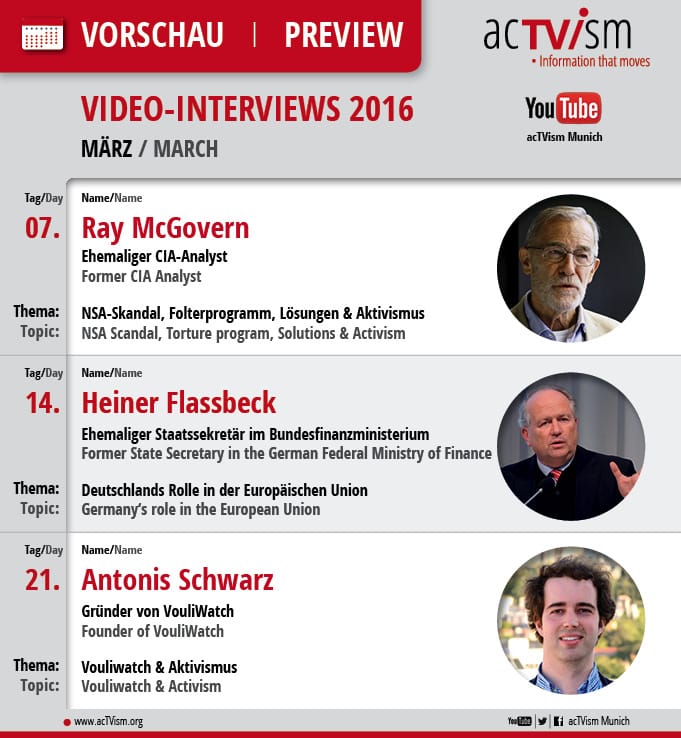 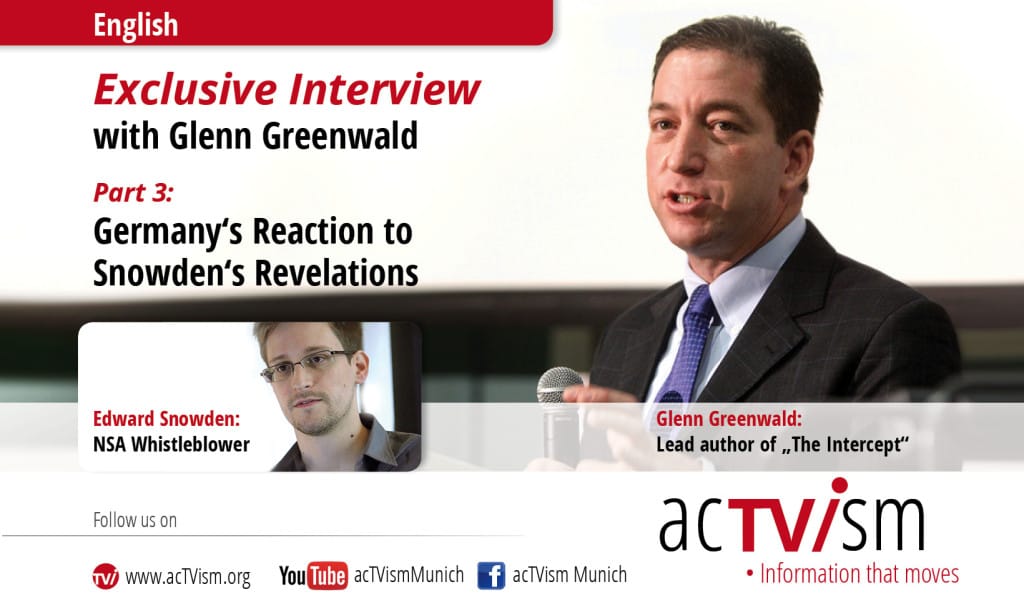 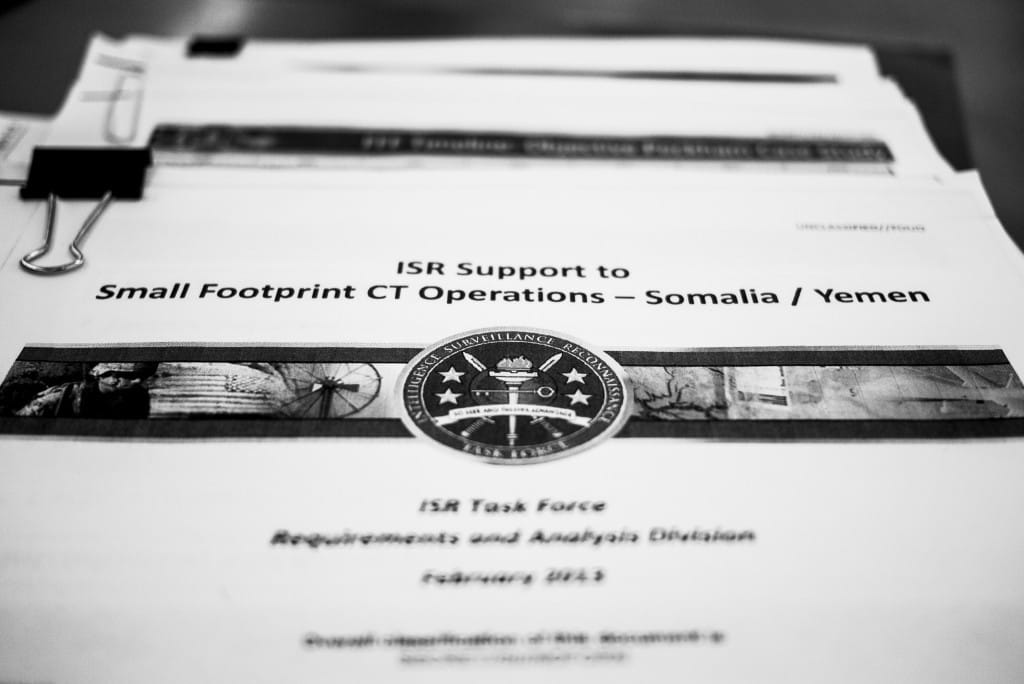 The Assassination Complex – The Intercept

For the English article, visit the original source: The Intercept Link: https://theintercept.com/drone-papers/the-assassination-complex/ Source of picture: Wikicomons 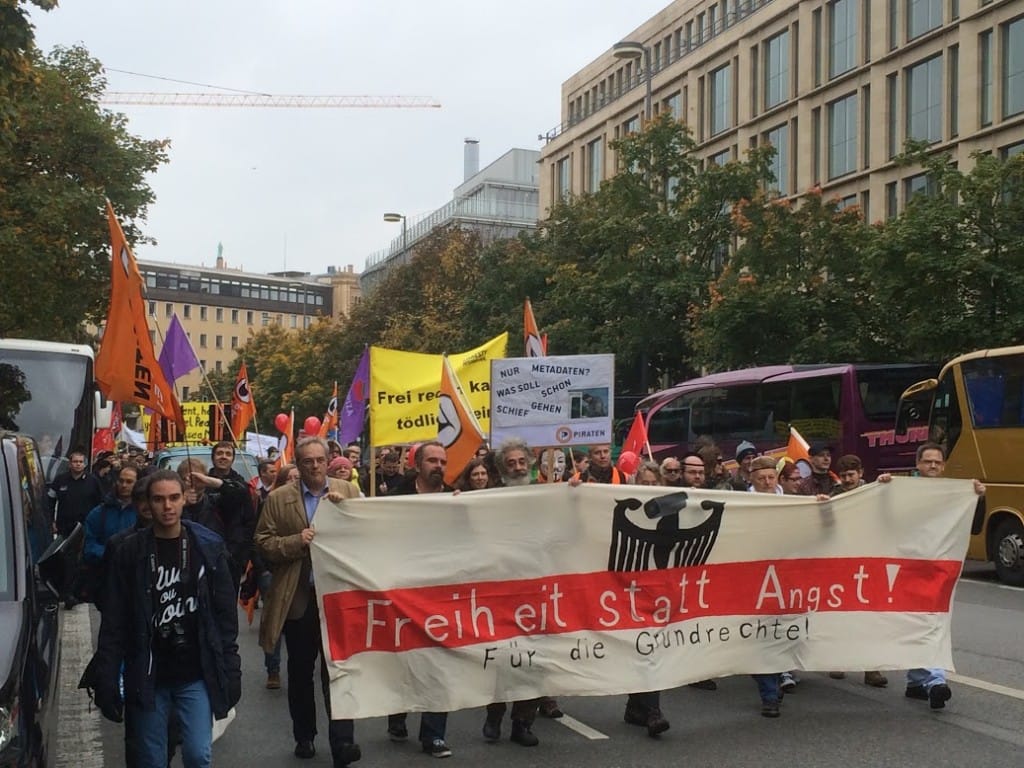 Demonstration in Munich: Freedom instead of Fear

The “Freedom instead of Fear (FST) took place on the 10th of October, 2015, in Munich. acTVism Munich interviewed one of the demonstrators, Franz Haslbeck who his experience and opinion on this demonstration. Due to limitied capacities, acTVism translated only bits and pieces of the voll full German interview. Franz Haslbeck is a local activist and […] 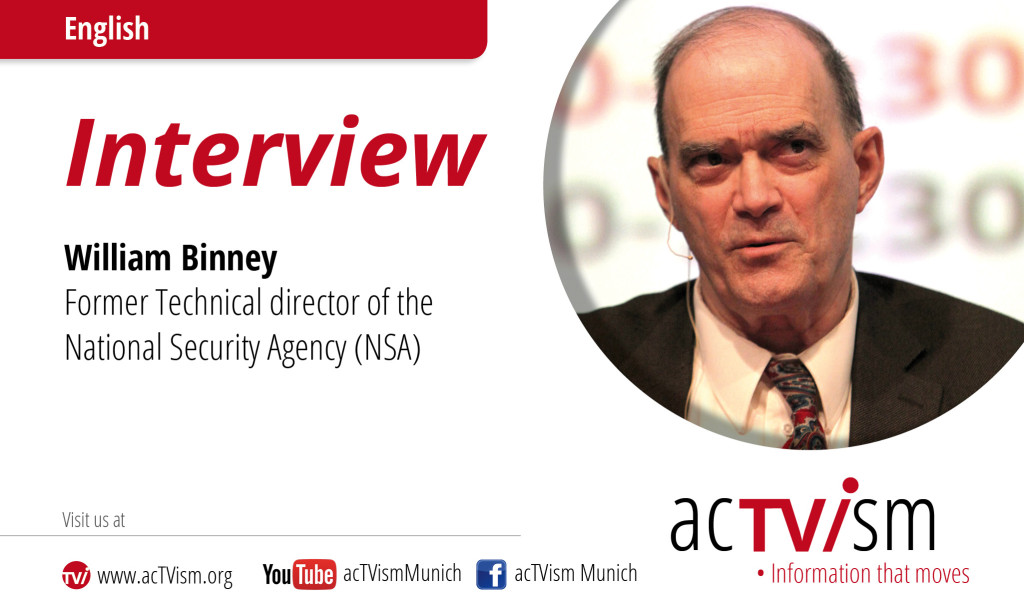 In this video acTVism Munich interviews William Binney to talk about his experience at the National Security Agency (NSA) where worked for circa 36 years and how he uncovered fraud, crime and corruption at the agency. Other issues that are discussed in detail include the role & significance of whistleblowers in society, scope & capacity of the US intelligence state and solutions that the government as well as the individual can employ to reform the NSA.