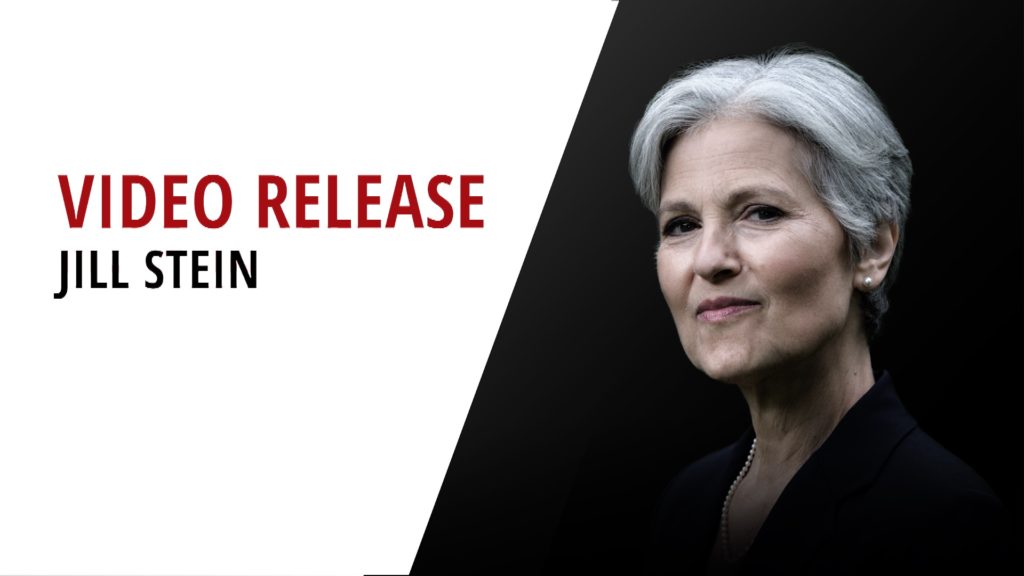 On the 6th of May 2018 we organized an event at the Muffatwerk in Munich with Glenn Greenwald, Jill Stein & Abby Martin under the title „Freedom & Democracy: Global Issues in Context 2.0„. Scroll below to view the second interview of the event with Dr.Jill Stein.

That count is not ongoing, she says it is because she has kept the money. And she was arrested for defacing property. No one else did that but when you go for a photo op, defacing property is the quickest way to get the attention you crave. How did she support the DAPL when she only showed up one time for a photo op? I see she has you all snowed too. Pathetic